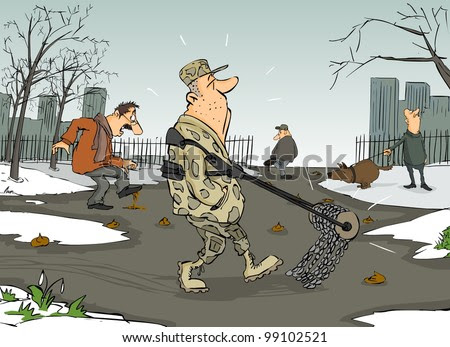 March is not my favourite month in Thunder Bay.

It's the time of year when everything is still frozen, and yet the snow pack recedes to reveal 6 months worth of accumulated sin.

The air is full of the smells of early spring. In my neighbourhood, that means liquid dog excrement above all others.


But that is not what this post is about.

March is as important month because things start to happen in the environment. One major event I noticed when I first moved here was that the streets and side walks turn into rivers and streams. This is in stark contrast to the lawns and gardens, which remain under feet of snow pack. So what gives?

I noticed pretty quickly when I moved here that in March, the snow turns from a pristine winter white, to a rather ugly shade of dirt. Over the winter, grit spread on the roads and side walks accumulated in the snow pack, and then magically appeared again as the snow began to melt. I wondered if this darker shade of snow had anything to do with why side walks and boulevards appear to shed their winter coats so much faster than the gardens and lawns.

This year I decided to conduct an experiment on the garden to see if I could accelerate the spring thaw by applying used coffee grounds to the snow pack.

I collected a pile of used coffee grounds from my local coffee shop, and carted them to the garden where I found the beds still under a few feet of snow.

Taking a shovel, I located the garden paths and shovelled the snow off them and onto the garden beds themselves so I would have somewhere to walk as I applied the grounds.

The image below shows the job done and the coffee grounds sprinkled over where I think the garden beds are: 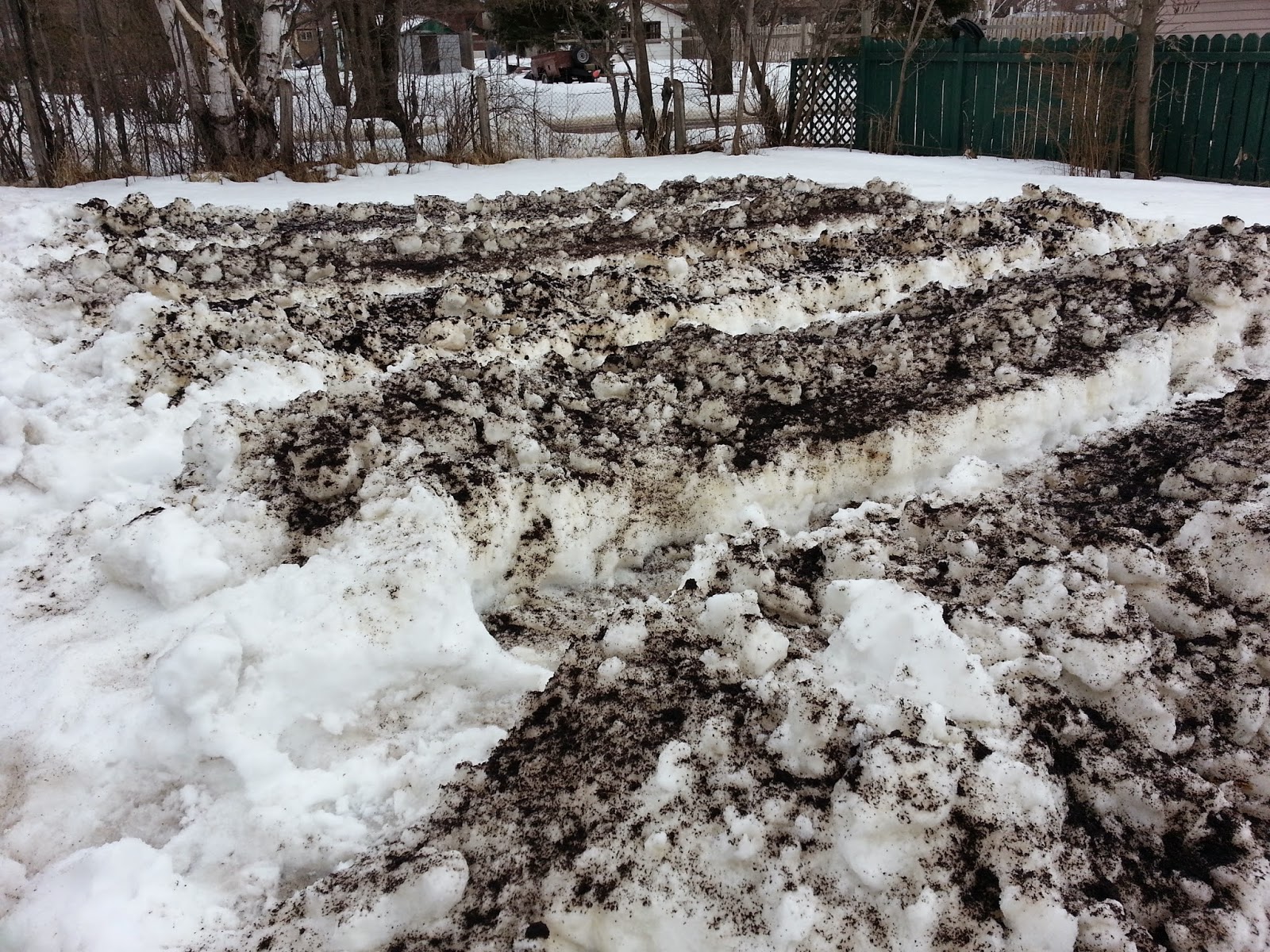 You can clearly see from these photos that there is still a good foot or two of snow on top of these beds. However, the side walks are clear, and grass is beginning to be seen in patches along the road sides.

You can also see from the photo below that some melt has happened at some point and solid ice is sitting in the garden pathways. 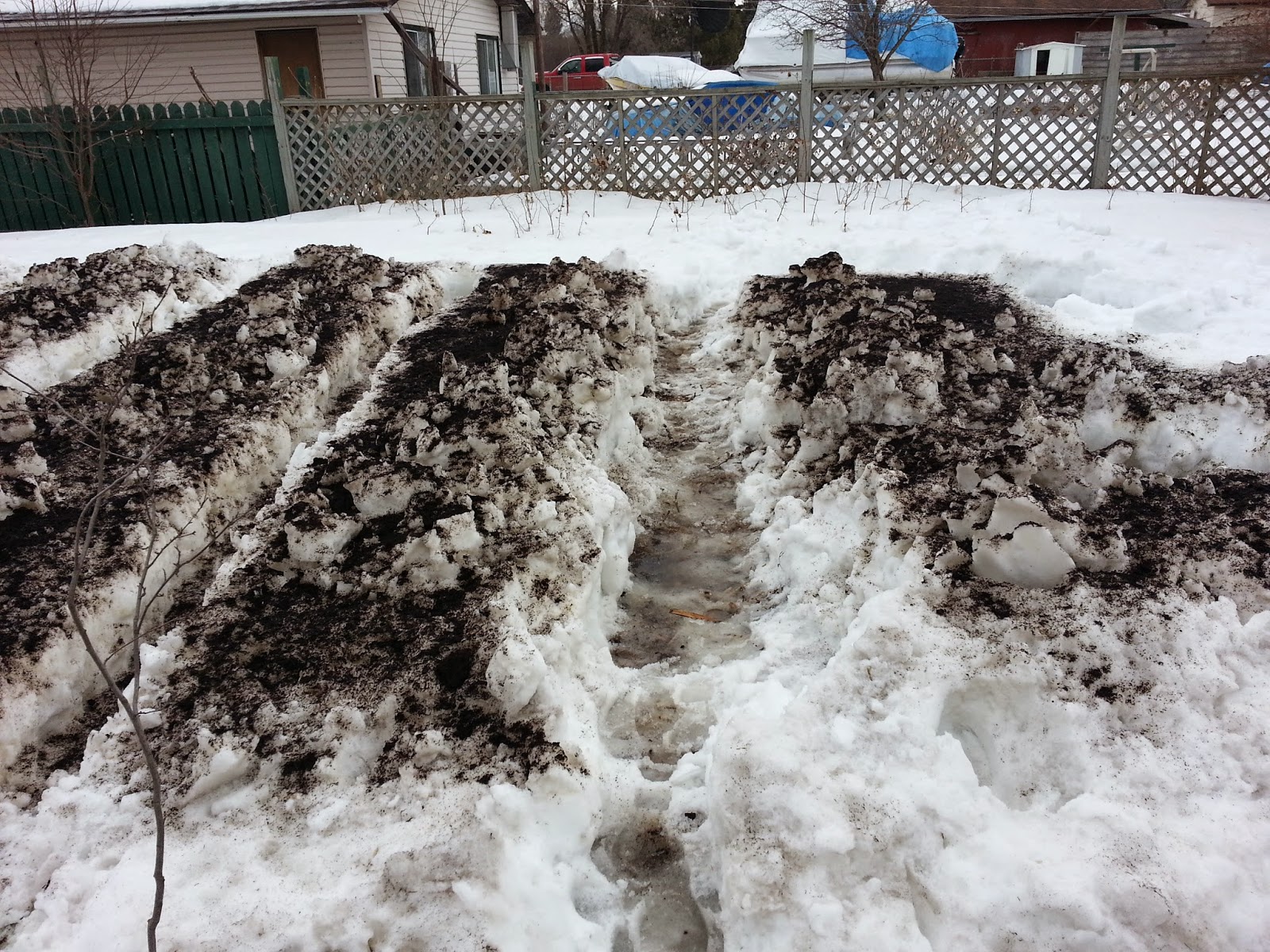 I left the garden like this and returned a week and a half later. There had been some warm weather followed by a cold snap and an inch or so of snow the day before I took the following photos. 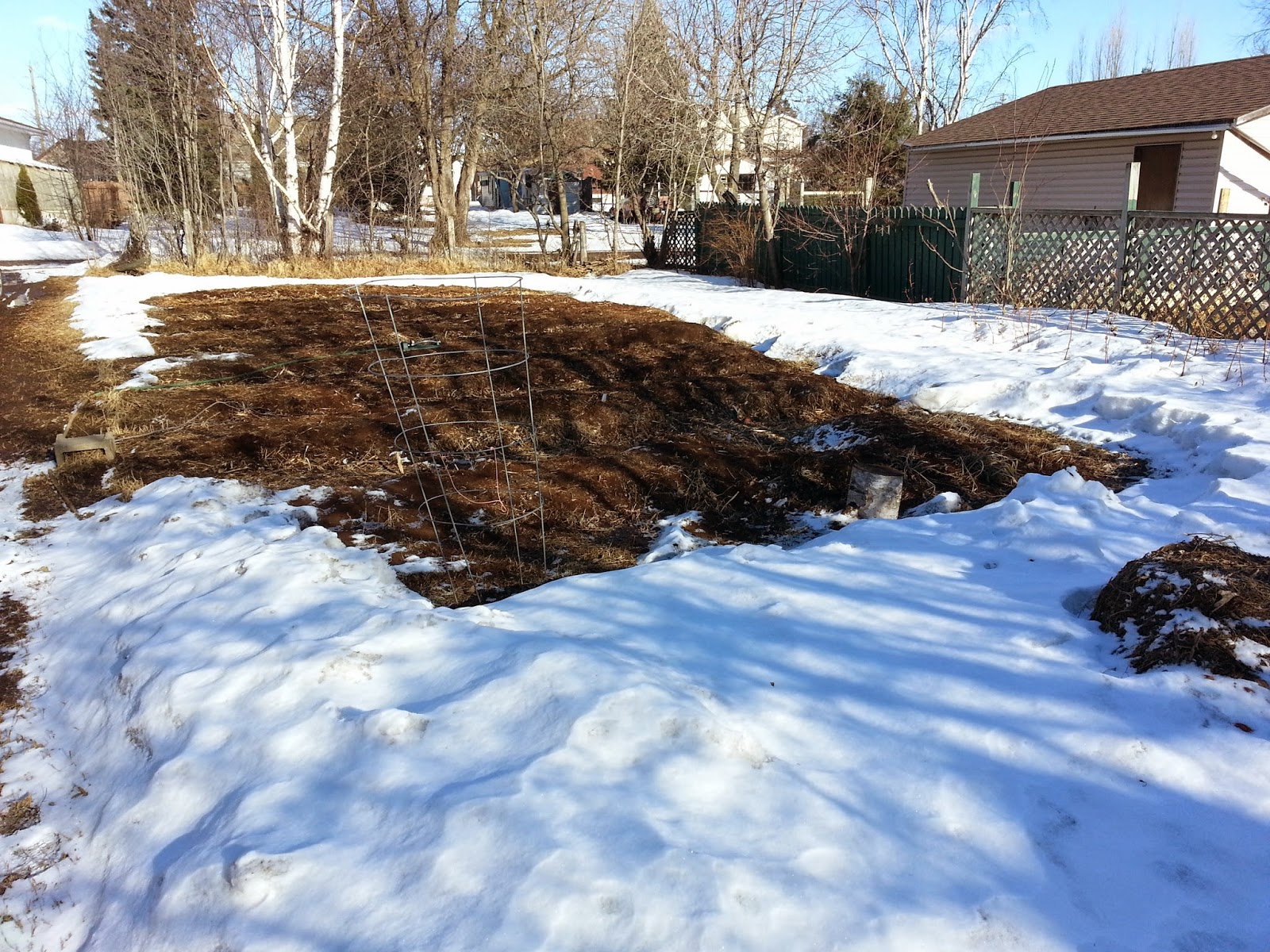 The photo on the right clearly shows where the garden is.

Everywhere I had sprinkled the coffee grounds there is no sign of any snow, and indeed, the top few inches of the garden beds have already thawed.

There was also no sign of the snow that fell the day before.

Just as important to my experiment is that everywhere I did not sprinkle the used coffee grounds there is still a significant snow pack which I would estimate to be approximately a foot deep. 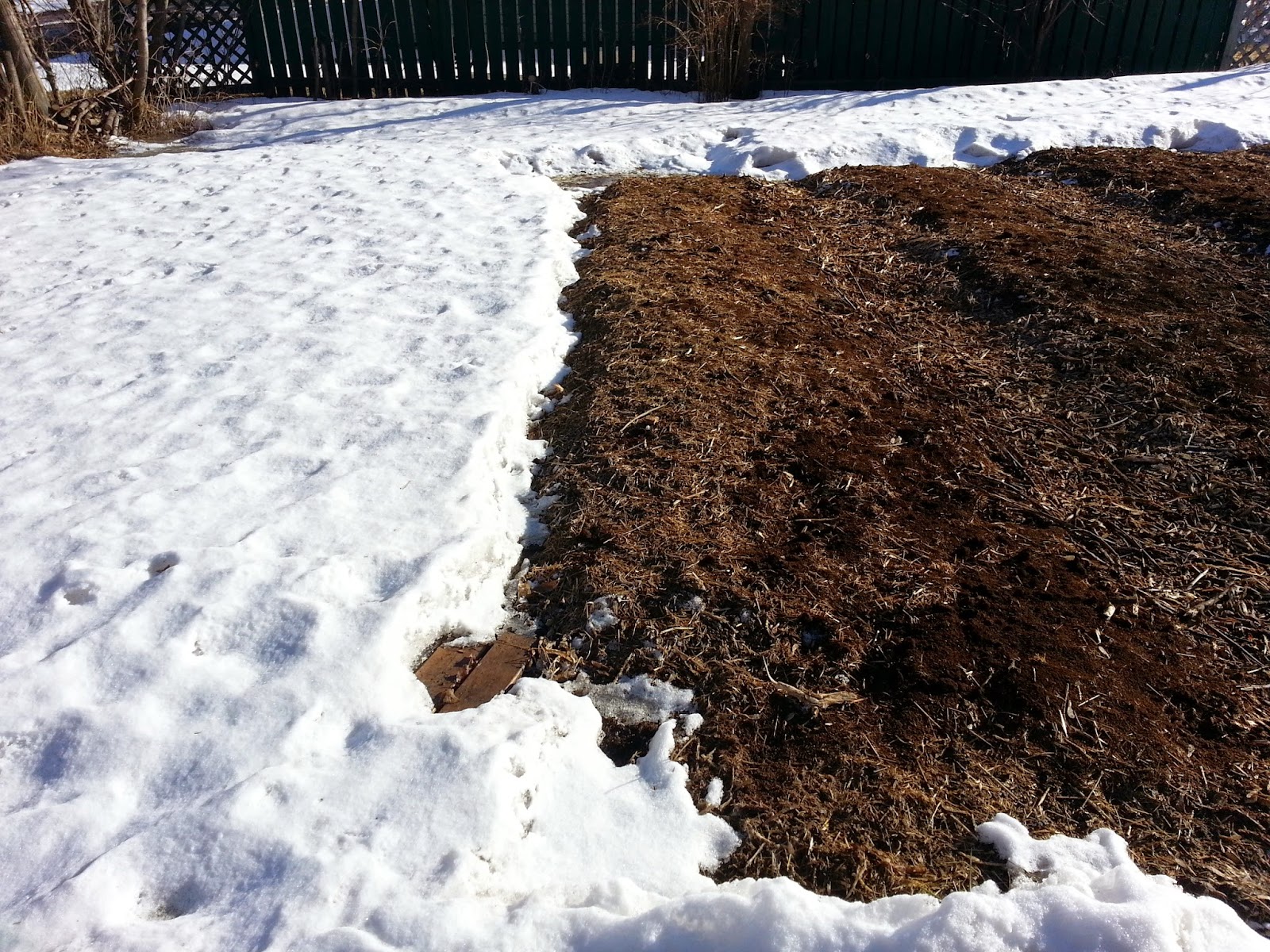 The photo above shows a clear demarcation between treated and untreated areas of the garden.

So why did I choose to use used coffee grounds?

Firstly, they are a dark colour, and my theory is that being dark in colour means that they absorb solar energy and transfer their heat back to the surrounding snow pack. The snow, being white, naturally reflects heat and is why the rest of the garden remains under snow.

Used coffee grounds are also a rich organic source of Nitrogen and minerals. By utilising them in my garden, I am diverting an industrial waste stream that would otherwise go into land fill.

I'll leave you with a short video on the use of used coffee grounds as a soil amendment and fertiliser:

Posted by Thunder Bay Permaculture at 9:30 AM

Email ThisBlogThis!Share to TwitterShare to FacebookShare to Pinterest
Labels: Experiments